Fundamentals on Which Cryptocurrencies are Based

In view of all the requests that you have been making, we are going to create a series of articles about cryptocurrencies.

The objective of this article is to contextualize the economic framework in which cryptocurrencies are located so that later, to be able to explain more precisely the different types that exist and their main references. 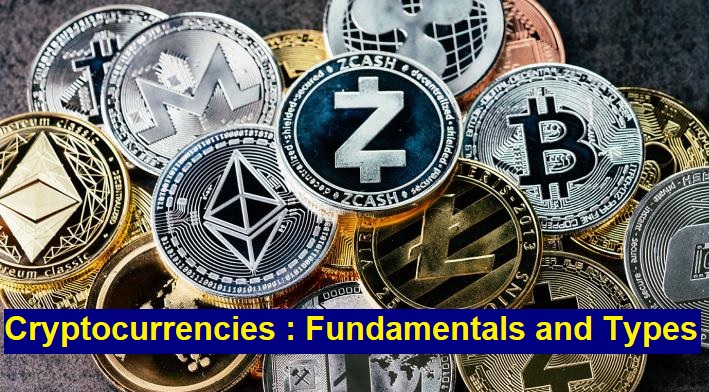 Let's Start at the Bottom

People tend to forget the "economy" part of this equation and it is precisely this that gives the blockchain some of its unique capabilities and characteristics. In addition, we must say that cryptocurrencies are totally related to the blockchain concept since they need this technology to issue and receive the transactions issued by their users.

In our previous article we explained what Blockchain is and what its uses and advantages could be.

Blockchain technology was not the first to use a decentralized peer-to-peer (P2P, peer-to-peer) system.

Torrents have used it for years to share files. However, it is with cryptocurrencies that the technology has become most popular.

In a torrent system, anyone can share their file with a decentralized network. The idea was that its users download them and once the download is complete, share the file with the network so that others do the same.

The problem that was identified early on is that most users are not altruistic enough to continue sharing downloaded files. Without any financial incentive, users have no motivation to continue sharing a file that takes up unnecessary space on their computers.

In early 2009, a person or group with an unknown identity, calling themselves Satoshi Nakomoto, released an academic paper, or white paper, outlining the Bitcoin protocol and its reference software.

This would shake the online community to its very foundations, for the first time a functional model of a decentralized protocol based on cryptoeconomics was being proposed.

The way it differed from previous decentralized p2p systems was that it provided users with a financial incentive to 'play by the rules'. Both the document and the initial code were highly respected by experts in the field, who began to realize that Nakamoto was working on something that could change the world.

In order to understand this concept, it makes sense first to roughly describe what the economy is.

In a broad sense, economics refers to “the organization of the use of scarce resources (limited or finite) when they are made to satisfy individual or collective needs. So it is a system of interactions that guarantees that type of organization over time and in a constantly renewed way, also known as the economic system ”.

Therefore, based on the previous definition and analyzing the decentralized ecosystem that we are defining composed of the birth of the new P2P networks, developed on decentralized protocols with cryptographic components and that allow the exchange of value on the internet, we have that according to Balaji S. Srinivasan,, cryptoeconomics is "a discipline that studies the protocols that govern the organization of the production, distribution, and consumption of goods and services in a decentralized digital economy."

The Technological Revolution : Transformation of Companies

The technological revolution of the last 30 years, together with the evolution of consumer habits, has gradually transformed the way in which companies are organized and, ultimately, is leading us to decentralized organizational models.

Regarding the economic characteristics of cryptocurrencies, as we have already mentioned, what differentiates blockchain from another decentralized peer-to-peer system is that it provides users with financial and economic incentives to do some work. As with any sound economic system, there should be incentives and rewards for people to do their work; Similarly, there should be a system of punishment for miners who do not act ethically or do not do a good job.

Cryptocurrencies have value for the same reason that money, in general, has value: trust. When people trust a commodity and give it value, it becomes a currency. That is the reason why traditional currencies now and gold previously have value. When a given product is valued, the value changes according to the oldest rule in economics, supply and demand.

So how is it that an unregulated and decentralized peer-to-peer system remains honest?

Miners, being responsible for executing transactions between users, have a lot of power and can easily commit crimes and get away with it. This is where all previous attempts in a decentralized system failed, the users are human and as such can lead to selfish or dishonest behavior.

So how can you maintain a decentralized system of honest humans? The answer lies in one of the most fundamental economic ideas: game theory.

Game theory is basically the study of strategic decision making. That is, making the decisions that make the most sense for you taking into account the decision of the competitors.

After reading the article, we will understand better: