Home bitcoin Who is Satoshi Nakamoto {The Creator of Bitcoin}

Who is Satoshi Nakamoto {The Creator of Bitcoin}

Who is Satoshi Nakamoto the Creator of Bitcoin

Satoshi Nakamoto is the nickname of the creator of Bitcoin. We do not know who is behind this nickname and if it is one or more people. This mysterious creator has a large amount of bitcoins, this number is estimated at 1.1 million BTC. This placed him among the world's biggest fortunes for a while after bitcoin hit the $ 20,000 mark.

The last trace of Satoshi is a message on the BitcoinTalk forum dated December 12, 2010. Several hypotheses exist, we often hear that Satoshi is dead and that his real name would be Hal Finney. However, no proof has ever been put forward, although many have tried to impersonate him in order to take credit for his creation. 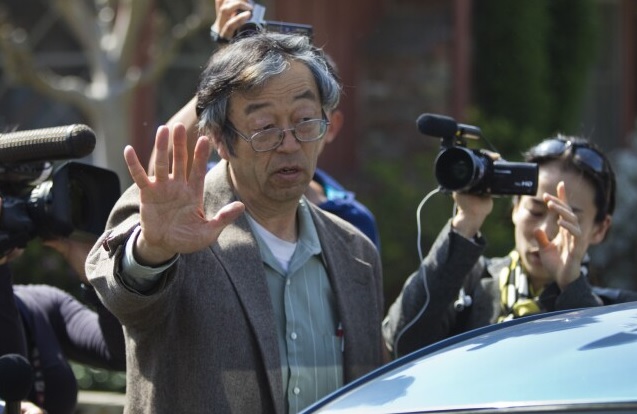 What is the Name of the Founder of Bitcoin?

Even though the idea of a crypto currency was floated many years ago, the first mention of Bitcoin was in November 2008 and its source code was released in 2009.

The operation of the project and its famous blockchain was introduced by a certain Satoshi Nakamoto. This is a pseudonym under which a person or a group of individuals can hide. No one knows exactly.

The person who created the most iconic cryptocurrency of all is therefore hiding behind the pseudonym Satoshi Nakamoto and his real identity is unknown. He is said to be a Japanese born April 5, 1975. However, this hypothesis is controversial since he never published a single message in the Japanese language.

Why is this Individual using a Nickname?

There are various theories that attempt to explain why Satoshi Nakamoto masks his identity by using a nickname.

In order to avoid conflicts of interest, the founder may have made the decision to remain anonymous. For example, when the founder of LTC (Charlie Lee) posted a tweet related to this crypto-asset, the price was directly affected. So this posed a problem of neutrality and Charlie Lee finally decided to sell all of his Litecoin. Knowing the name of the creator of bitcoin could also allow that person to manipulate the prices as they see fit, which goes against the original project.

Satoshi Nakamoto may also use a nickname to avoid legal issues. Some people in the US have tried to create alternative currencies to the dollar and have fallen victim to legal action. Additionally, BTC can be used by anyone and for many things, including illegal activities. It could also have caused many problems for its creator.

One theory even suggests that the creator of bitcoin would run the risk of falling victim to a personality cult. In order to avoid this, remaining anonymous was an obvious choice.

Is it a Problem that the inventor of BTC is Hiding his Real identity?

Some people criticize bitcoin for its lack of transparency because it cannot be traced back to its creator. For these individuals, this necessarily means that there is something fishy and that BTC should be wary.

However, these arguments are not really valid. The Bitcoin protocol is an ultra-transparent protocol and all transactions can be viewed by anyone by looking on the blockchain which is public. Plus, the source code is public, which means anyone can see how it works inside and out. So there is no possible deception.

Who were the People Suspected of hiding behind the Pseudonym Satoshi Nakamoto?

Over the years, many individuals have been suspected of being Satoshi Nakamoto.

Here are a few individuals who at one time or another have been thought to be the founder of BTC:

Hal Finney. He was a pioneer in cryptography, even before bitcoin existed. It was thought that he could be Satoshi Nakamoto as he lived a few blocks away from an individual named "Dorian Nakamoto". Some journalists then tried to make a connection by suggesting that he had been inspired by this last name to invent his pseudo.

Nick Szabo. He published work on a decentralized currency called "bit gold" before the emergence of BTC. Performing a stylometric analysis between his style and that of the bitcoin whitepaper, one blogger suggested he could be Satoshi Nakamoto.

Craig Wright, an Australian entrepreneur who has publicly and repeatedly claimed to be Satoshi Nakamoto. However, he proved unable to prove it, claiming "not to have the courage to show the evidence". Moreover, he also covered himself in shame when in 2018 he tried to prove his programming skills on Twitter. He had then contented himself with copying and pasting a very basic program written by someone else. Needless to say, this plagiarism hasn't gone unnoticed, but that doesn't stop Craig Wright from constantly claiming Satoshi Nakamoto's identity.

As you can see, rumors are rife. So far, no one has been formally identified as the founder of bitcoin.

What Happened to the Creator of BTC?

As explained at the beginning of the article, the first Bitcoin post was in November 2008. It was around this time that Satoshi Nakamoto was discovered.

The creator of the BTC will remain active for approximately 2 years, until December 2010. He announced on this date that Gavin Andresen would be the new person in charge of the project. In April 2011, he told a former collaborator that he had moved on.

And since that date ... no more signs of the life of the founder of Bitcoin, except for incessant rumors about him as to his identity.

His computer would have mined the first 36,000 blocks, at a time when the rewards were 50 BTC per block mined. 63% of those Bitcoins would never have been used for transactions, leaving him with a fortune of at least 1.1 million BTC.

The last outgoing transactions from its main portfolio date back to 2013, so some have speculated that Satoshi Nakamoto may have died. However, it is also possible that he simply lost the private key to his Bitcoin wallet.

Regardless, it is impossible to say more precisely what happened to the creator of bitcoin, even though the death thesis is the most widely accepted one.

Many tributes of all kinds have been paid to the most emblematic person in the world of cryptocurrencies.

The most characteristic tribute is that of having chosen the name "satoshi", to name the decimals of Bitcoin: 1 BTC = 100,000,000 satoshi.

When we talk about the price of a crypto-asset, we always tend to indicate its price in "sats", the abbreviation of the term "satoshi". Experienced users very rarely talk about the dollar price

As you may have learned, other than his pseudonym "Satoshi Nakamoto", we don't know much more about this mysterious creator.