Home cryptocurrency Cryptocurrencies Yes or No? What to know Before Investing

Cryptocurrencies Yes or No? What to know Before Investing

Cryptocurrencies and Safe Investments : What to Know about Bitcoin and Virtual Currencies

The 2020 rally and the new highs recorded by Bitcoin in early 2021 have rekindled the spotlight on the world of cryptocurrencies (or virtual currencies) by investors. This time, however, the scenario looks very different from that of the end of 2017 when Bitcoin reached $ 20,000 for the first time.

Now that the cryptocurrency market is attracting the interest of large institutional investors, what prospects will they hold for us in 2021? Let's see together what to know about Bitcoin and the main cryptocurrencies for informed investing. 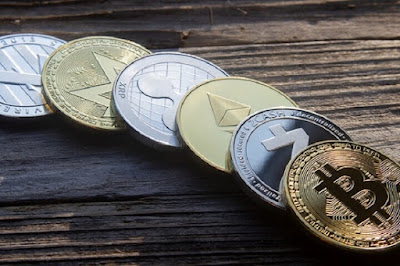 The term cryptocurrency (cryptocurrency in English) comes from the merger of the terms cryptography and currency. Cryptocurrencies are a digital representation of value. They are not issued or guaranteed by central banks and do not have the legal status of money.

We often ask ourselves but are cryptocurrencies safe? And if so, how is it possible? You must know that the security of cryptocurrencies is ensured by cryptographic protection based on a double key, public and private, which is the only way to access your wallet.

The universe of cryptocurrencies is a complex and varied universe. To date, there are more than 4,000 with a market capitalization which, according to data from Coinmarketcap.com, reached 1 trillion dollars at the beginning of 2021.

What are the Main Cryptocurrencies

Bitcoin, whose project dates back to 2009, is certainly the most famous crypto and alone capitalizes 60% of the entire market. Followed by Ethereum, which has around 14%, and Theter with around 2%. The market is, therefore, concentrated on three crypto which represent about 75% of it.

The technology behind Bitcoin and other cryptocurrencies is the Blockchain. It is a disruptive technology destined to revolutionize any business involving the exchange of money or goods.

The Blockchain is a distributed, open and decentralized electronic register where all transactions are recorded and archived in a secure, permanent and efficient way, completely or nearly eliminating the risk of fraud and counterfeiting.

In the Blockchain, transactions are, in fact, digitally documented, authenticated and definitively saved by all participants, thus ensuring high standards of security and transparency.

The Blockchain is not only applied to monetary transactions, as is the case with Bitcoin, but can also be applied to so-called smart contracts, as in the case of Ethereum.

Then there is the stableco family to which Theter belongs. It is a cryptocurrency whose value is pegged to a fiat currency, the dollar. Unlike Bitcoin, it is not subject to market fluctuations, so it is generally used by the most advanced investors to switch from one cryptocurrency to another without having to convert into official currencies.

What are the reasons behind this rally? Compared to what happened at the end of 2017 when the bullish bubble was fueled above all by the FOMO (Fear of Missing Out) effect of retail investors, today the attitude of institutional investors and companies has changed.

Emblematic in this regard is the change of opinion by JP Morgan. If three years ago the CEO of the investment bank, James Dimon, called Bitcoin a scam worse than tulip bulbs, recently the same bank released a report that sees the cryptocurrency at $ 146,000 in the long term.

The reasons for this change of opinion? Cryptocurrencies will be able, increasingly in the future, to compete with gold as an alternative investment asset, especially considering the interest in this asset class by millennials.

According to the investment bank, Bitcoin's competition against gold has already begun. Proof of this is the $ 3 billion invested in the Grayscale Bitcoin Trust by large investors versus the $ 7 billion that has gone out of gold ETFs since mid-October.

BlackRock, the world's largest investment firm, also recently announced a Bitcoin breakthrough by telling the SEC (Securities and Exchange Commission) that two of its funds could invest in CME-listed Bitcoin futures. Again, this is a major breakthrough as BlackRock CEO Larry Fink saw cryptocurrencies as a money laundering tool just three years ago.

A further upward push for Bitcoin & co. it also comes from electronic payment management companies such as Paypal and Square. Paypal, for example, from January 2021 allows its customers in the USA to buy, sell and hold cryptocurrencies as well as use them to make their purchases.

How to invest in Cryptocurrencies

Before examining the investment instruments in the crypto world, a necessary clarification must be made. The crypto market is an unregulated and very volatile market. The risk of losing the invested capital is very high so prudence is a must. The advice is, therefore, to invest a minimum percentage of your portfolio and, if you do not have the appropriate knowledge, limit yourself to cryptocurrencies with greater capitalization.

How to Buy Cryptocurrencies

Investors have several tools available to invest in this market. The main way remains to buy cryptocurrencies directly by opening your own account at one of the many exchanges that currently exist. Exchanges are unregulated private platforms.

On regulated markets it is possible to operate through various instruments: from futures listed on the CME on Bitcoin and, starting from February 2021, also on Ethereum, which, due to the high margins required, can only be used by the most capitalized investors, to options, to CFDs. and ETCs / ETPs.

Among the major issuers of cryptocurrency ETPs is 21Shares whose products are listed, among others, on the German stock exchange XETRA.

I hope with this article of mine I have aroused your curiosity towards a complex world, but at the same time fascinating and, if you think about the applications of the Blockchain, with enormous potential. What do you think about the future of Bitcoin?

A very delightful article that you have shared here. Your blog is a valuable and engaging article for us, and also I will share it with my companions who need this info, buy sell cryptocurrency online Canada Thankful to you for sharing an article like this.